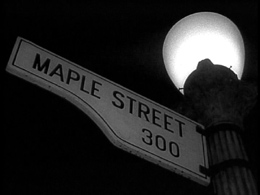 On my street, there is a man who stands.

An older man. Kind and twinkly looking enough. Not at all remarkable, really, except that he stands. A lot. In one spot, in front of what one presumes to be his building, leaning against a waist-high iron fence.

For a long time, we would exchange smiles and nods as I passed, but no words. And I would think to myself: who is this guy, and what is he up to, and why doesn't he at least get a chair? Is he a spy of some sort? A sentinel, guarding a portal to another dimension? Or is he just some elderly guy who likes to watch; that, and the sensation of cold hard iron pressing into his coccyx?

Finally one day I stopped and introduced myself. Turns out he has a name, and a friendly disposition, and a thick Noo Yawk accent. His story was simple enough: sharing an apartment with his brother (brudder), doesn't like to be cooped up all day. Apparently he's at his post even more often than I knew: often gets up before dawn, he said, so he can get a cawfee and maybe read the paper. Then he comes back to his spot, and so begins his day. He stands, he said, because if he sat down that would really mean he'd gotten old.

So now when I see him I stop and chat for a bit, as do other friendly neighborhood types. Usually about the weather. Once, at the start of a long weekend, he asked me if I was going out of town. I said, "nah, you?" He said, "Nah. I went out to the country once. I didn't like it. I don't like to go where it's quiet. I don't wanna hear the boids go 'tweet tweet.' I like to be where the people are."

So, okay. He stays home, he stands, he talks to people. I figure by now he must have quads like tree trunks. But he's become a comforting figure for me, really. Friendly, neighborly, and more reliable than many things, events, and people, here in the city.

Which is why it was disquieting, one day, to pass by his building and note:

1) He wasn't there. Okay, sometimes this happens. But.

2) Standing in his place, in his exact place, mind you, was somebody else. A woman. Little, dark. Smiling. Standing. And watching. Just...watching.

I nodded hello, smiled, and continued toward the subway. But inside, oh inside, I was all a-whirl with anxiety. What could this mean?

I walked on. Somewhere, in the distance, a dog barked.
Posted by belledame222 at 3:13 PM