Aight, G. Wuss in the hizzzzie. 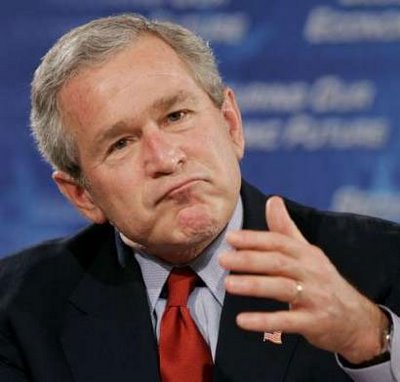 50 Cent has made a surprise move by stepping forward to heap praise on
beleaguered US President George W Bush.

He says: "(The president) is incredible… A gangsta. I wanna meet
George Bush, just shake his hand and tell him how much of me I see in
him."

The In Da Club rapper, who was shot nine times on the streets of New
York City before finding fame, adds that if it wasn't for his felony
conviction preventing him from voting, he'd have exercised his right in
favour of Bush.

And there you have it. Bush: FIERCE. 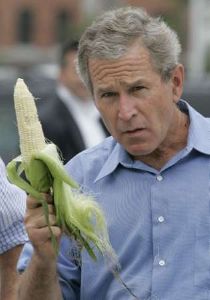 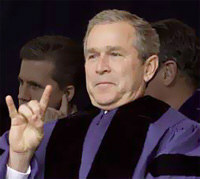 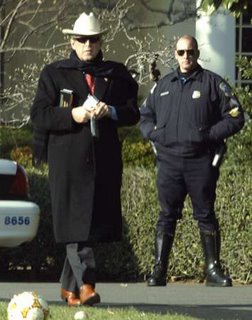 He's a floor wax and a dessert topping! 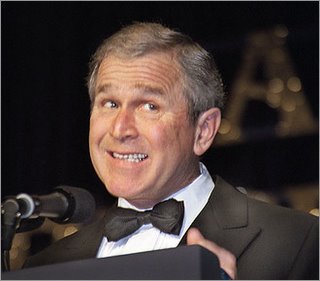 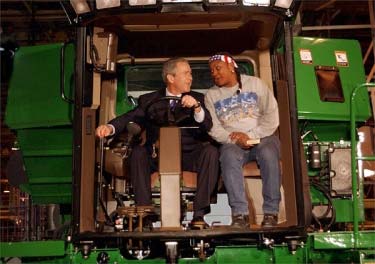 and VERY MANLY, is the point, here. 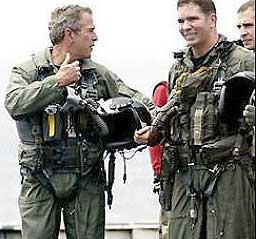 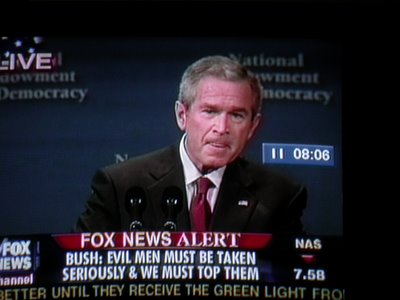 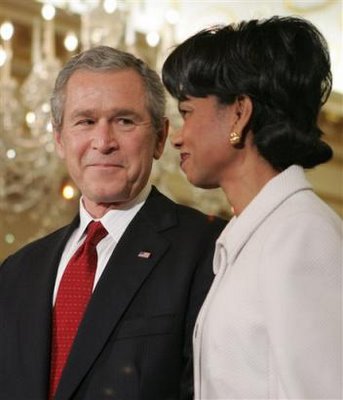 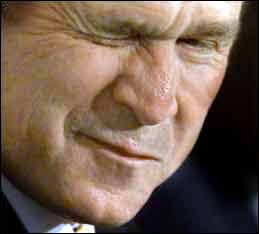 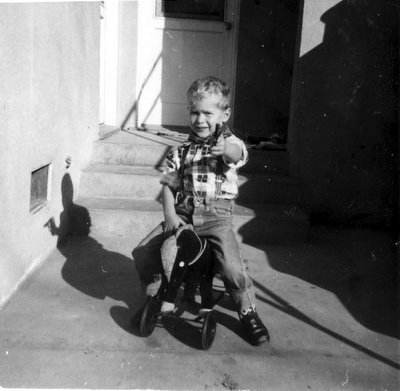 (credit to Democratic Underground for collecting these fine photos, among others)
Posted by belledame222 at 12:15 PM

I always pegged him as a bossy bottom, and Condi the one with the catsuit and the whip.

I met a traveler from an antique land

Who said: "Two vast and trunkless legs of stone

Stand in the desert. Near them, on the sand,

And wrinkled lip, and sneer of cold command,

Tell that its sculptor well those passions read

Which yet survive, stamped on these lifeless things,

The hand that mocked them and the heart that fed;

And on the pedestal these words appear:

'My name is Ozymandias, king of kings:

Look on my works, ye Mighty, and despair!'

Nothing beside remains. Round the decay

Of that colossal wreck, boundless and bare

The lone and level sands stretch far away.

When we set out on this journey

There were no doubts in our minds

We set our eyes to the distance

We took courage from our numbers

What we sought, we did not fear

Then the shadow would disappear... --Gordon Sumner

Oh, bless you, here I'd been assuming that this was a spambot and thinking, "gee, how wonderfully ironic that the random poetry manages to provide commentary on the actual post..."

We must fuck evil in the ass? Okay, but only if they douche first. Being a quite skilled bottom (and single, too!), I don't normally do this, but it's for my country. Just let me put on some Wet Spots music before we start.

knowingly Take a piece of me

awildsoapbar Take a piece of me

I enjoyed reading your thoughts and comments!

Highly descriptive post, I enjoyed that a lot.
Will there be a part 2?

Thank you for another informative website. The place else
may I am getting that kind of info written in such an ideal way?
I've a challenge that I am just now running on, and I've been on the look out for such info.